Trapped in the Winter Court after defeating the Iron King, half Summer Princess and half human Meghan Chase can see the Summer/Winter war looming on the horizon all because no one will believe that the Iron Fey actually exist. When war actually breaks out over a stolen scepter, it is up to Meghan to get it back before the Iron fey get the chance to destroy the Nevernever. However, she’s stuck not knowing who she can trust with Ash, the Winter Prince, giving her the cold shoulder and Puck healing away in a tree. Her journey to recover the scepter takes her back into the human world across the country and through passion and loss as she tries to keep her friends safe from the ruin the Iron Fey wish to bring.

People have said that Julie Kagawa can do a love triangle justice. I see no evidence of that in this book 😦 Meghan Chase does so many dumb things in this book, yet all of them could have been prevented if she had used her head instead of her heart. Again, I think Meghan is too passionate about people close to her and that clouds her actions. The good news is that the story in this book is absolutely fantastic as I expected!

So I’ll start with the plot actually because I absolutely loved it. It’s intricate yet concise enough that I’m never bored. With multiple narrators being much more convenient in making a plot branch out, I was pretty impressed with all that happens with just Meghan as a narrator. We start in the Winter Court and a bunch of drama goes down, and then we end up in a place that isn’t human or Nevernever and we meet some fun people there too. Then, there’s a heist in California that goes wrong and it’s back to the drawing board and there’s a bunch of relationship drama (more later) and somehow in the middle, they end up in Meghan’s house again in the South. You get the point, we go all over the damn place in this book and I loved every moment of it. 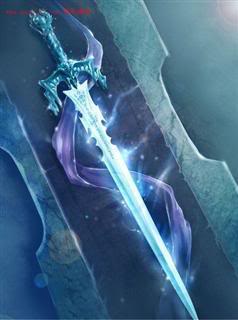 The characters we meet all contribute to the “fey” vibe of this book and that part is beautiful. I was on the edge during the battle scenes and there was this one point where I was visualizing Meghan and company in the middle of the fight and there’s all this iron around them and I actually cringed a bit at visualizing so much metal. That’s how into the world I got!

And now the characters Like I said, Meghan needs to get her head on straight. Fawning over two guys is fine (well no, it’s not but nevermind that for now) until it almost gets you killed. I admire her bravery but in all honesty, it doesn’t seem to be bravery but fear of losing someone she loves that propels her into dangerous decisions where she has no way of defending herself. I mean she doesn’t have magic in this book (or does she?…. hmmm). If there were one character this book could do without, I’m afraid it would have to be Meghan. Sorry girl.

Ash and Puck are the love triangle’s other points. I thought the first book was nice in keeping the obnoxiousness to a minimum and Meghan focused on Ash the whole time. This book is a whole nother story. Meghan kisses both of them and can’t bring herself to tell either of them that she loves him only. What’s good is that Ash and Puck keep their testosterone battles to a minimum because I can imagine if they hadn’t and boy it’s not pretty. I’m still all for Ash (I have a note about love triangles and OG love interests in another one of my reviews somewhere) but you have to give it to Puck for not killing Ash when he could have because he knew it would hurt Meghan.

Grimalkin was my fav as usual! He’s perpetually annoyed at the others’ slowness and despite rarely being useful when they want him to be, he comes through always with a last minute plan. Normally, I’d be annoyed by all this Deus Ex Machina-ing from him but c’mon, he’s a magical fluffy talking cat! The other big player in this book is Ironhorse who terrified and kinda annoyed me in book one but in this book he is so awesome. Bless his soul because he devotes himself completely to Meghan’s cause.

The ending of this book is kinda meh. I mean who didn’t expect Meghan to make the choice she did. I just can’t believe no one batted an eye at what Ironhorse said (it’s in the spoiler) and that no one tried to stop her at the very end of the book from leaving the Nevernever. But she got Ash so that’s one thing I guess!

Here’s hoping that the next two books feature more intellect from Meghan and just as much awesomeness with the plot! There is no cliff hanger and I literally have no idea where this series could be going next.