Because I did not post one last week (sorry readers!), this Miniew Monday will be an extended edition! Plus I have lots to say on the Scorch Trials. Without further ado… 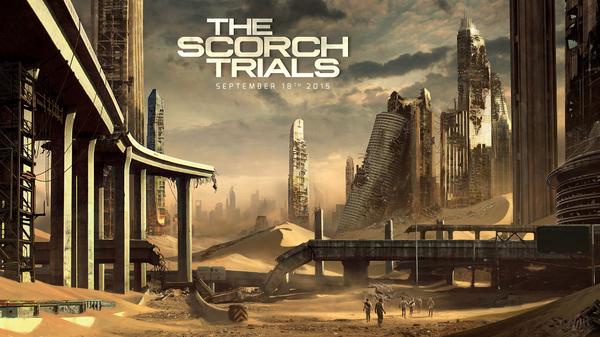 I just saw this movie yesterday so I’m just gonna jump right into my thoughts.

When Maze Runner came out, I was super pumped to see what they would do, and I was not disappointed. Usually I get a little iffy when it comes to the cast of characters, but I loved the Maze Runner cast because they seemed accurate in physical description and personality.

And, I love Dylan O’Brien. His portrayal of Thomas is amazing and spot-on! I think he’s a brilliant actor and such a funny person who brings a lot of character to the movie (and to the numerous interviews I watched with the Scorch Trials cast). And of course, Ki Hong Lee as Minho stole my heart per-usual.

Now some characters I did not picture like the movie cast at all; for instance, Brenda was completely different from what I envisioned, but I don’t think that hindered my enjoyment of the movie at all. I didn’t like Rat Man though, and his acting was sort of off-putting to me, though it did contribute to the enigmatic quality of him at some parts.

As far as the most important part goes, the plot was drastically different from the book.

The thing about these changes is that they didn’t take away from the movie. In fact, I think it was necessary to make a lot of them seeing as the book had so many intricacies that would be really confusing to movie-goers. Everything’s much more clear cut.

The movie to me seemed like a conglomeration of a billion different genres- dystopian, action, thriller, zombie apocalyptic horror, etc.etc- which worked to its advantage and disadvantage. But don’t worry, there are some very cinematic aspects thrown in with all the in-your-face-stuff that I greatly appreciated; the movie made everything much more dramatic and emotional, and there’s an excellent soundtrack to it.

Overall, I really enjoyed this movie and would recommend it to everyone who’s read the book, or who’s just into dystopian- action films overall.

*This scene is hilarious to me*

(side anecdote: when this one girl showed up with a shaw covering half her face, I thought “hey is that Kate McNamara” and when she took off the shaw (it was her), I literally clapped my hands in the theater because of my totally-called-it excitement (she plays Clary in the new show Shadowhunters). Yeah, I was a little over the top about that..)